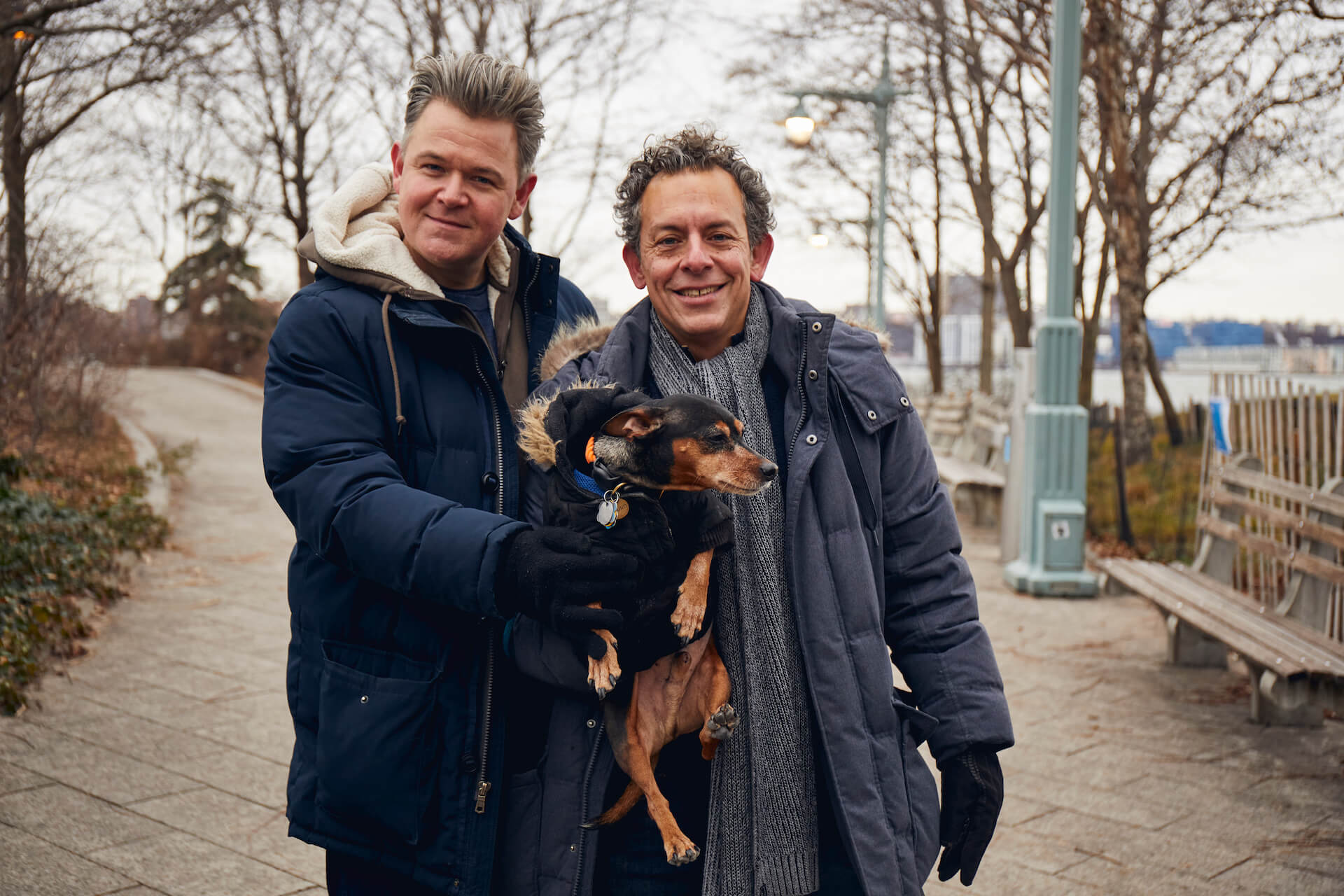 I’m a native New Yorker, son of a Peruvian mother who immigrated to the United States and a father who drove taxis and trucks to support his family. My late grandfather Tony, a Teamster’s union delegate, showed me the importance of public service and collective action from a young age.

Today, I live in Hell’s Kitchen with my fiancé Jason, and our rescue dog, Radar. As a community leader and organizer in both the public and private sectors, I’ve led fights for tenant and immigrant rights, marriage equality, and accessible green space. I know that change begins with listening to community concerns, building diverse coalitions, and implementing innovative solutions to our most pressing problems.

I've worked on numerous political campaigns and in government offices, including for former Senator Hillary Clinton, the late State Senator Catherine Abate, and as Director of Community Outreach for the NYC Council and Council Speaker Christine Quinn. In these roles, I directed volunteer relief efforts after Superstorm Sandy, led local initiatives to reduce hate crimes, participated in the NYS marriage equality victory, and defended tenants from bad landlords. These were all humbling experiences. I saw that those who most needed help often had the least access to the resources of government.

Most recently, I served as the Director of External Affairs at Hudson River Park Friends, where I advocated for and raised funds to complete, maintain and enhance the beloved waterfront Park, and worked to ensure the Park would always be accessible to all New Yorkers.

If elected, I’ll continue the legacy of the current Assembly Member, Dick Gottfried, focusing on the issues that matter most to working class New Yorkers. That includes passing the New York Health Act to create universal single-payer coverage so we can all have better health care at lower cost, fighting for more truly affordable housing, and helping families and small businesses not only recover, but thrive as we come out of this health and economic crisis.